Stay in the loop

With a nod to a growing contingent of American natural winemakers, around 25 were represented at the fair, including old favorites of mine like Dirty & Rowdy, which poured a wonderful, mineral-suffused mourvèdre from the Chalone region of California; Donkey & Goat; AmByth Estate (see if you can find its savory 2013 Paso Robles syrah); and Eyrie, now making a trousseau from the Dundee Hills of Oregon. 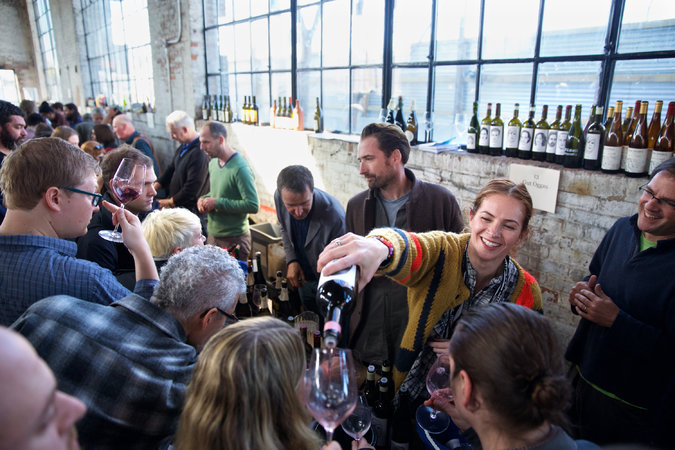 Stephanie Tscheppe-Eselböck (pouring) and Eduard Tscheppe (behind her) of Gut Oggau, a small producer from the Burgenland in eastern Austria. CreditBenjamin Norman for The New York Times

“It was powerful, and we feel lucky to have been a part of it,” Jason Charles, Vinca Minor’s owner, said of the fair. “Isabelle is a force, and the community that she has built with RAW is remarkable.”